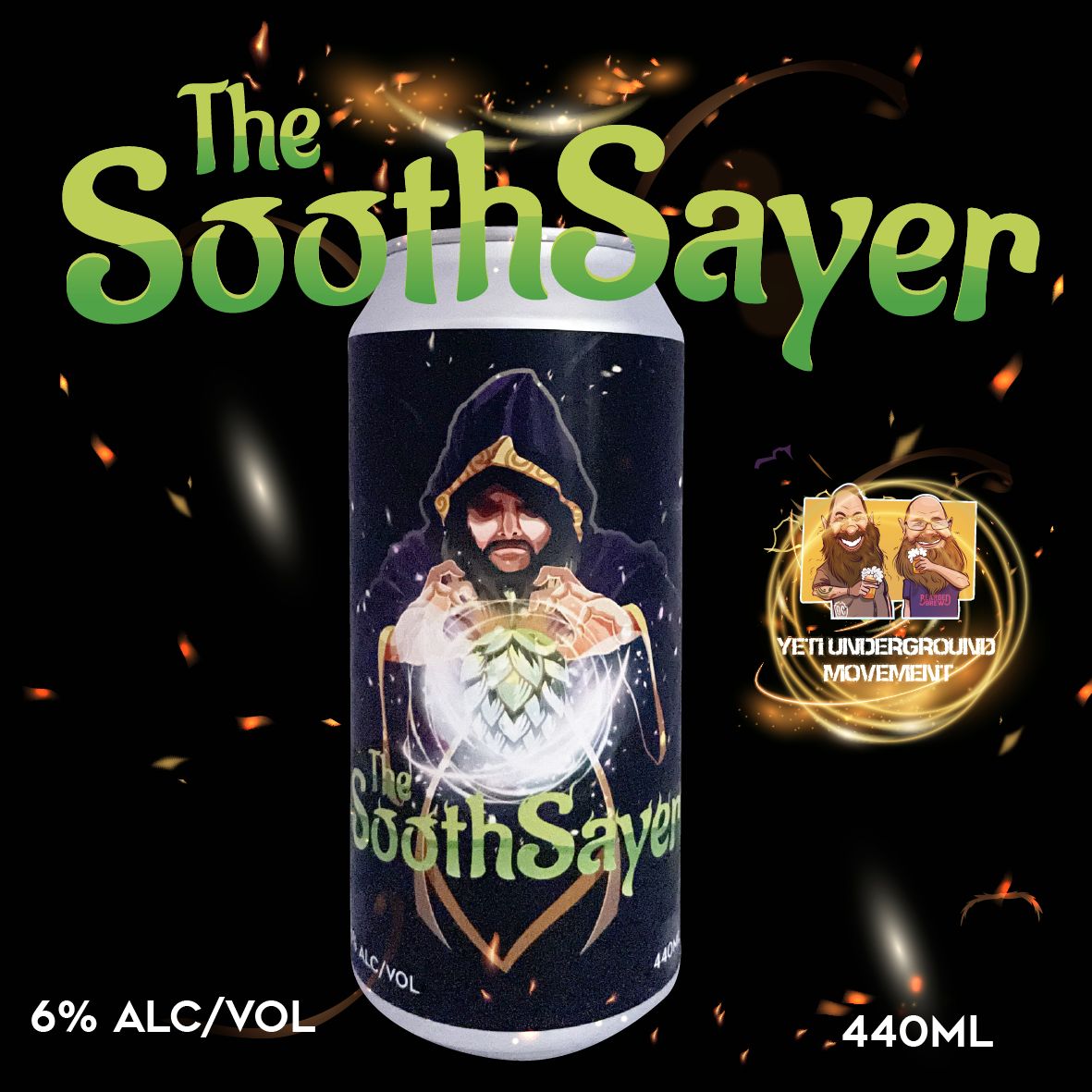 Only for sale to persons over 18 years old
Frank Vincent Zappa[nb 1] (December 21, 1940 – December 4, 1993) was an American musician, composer, songwriter, and bandleader. His work is characterized by nonconformity, free-form improvisation, sound experiments and musical virtuosity. One of the Main Ingredients in this IPA is the2020 released ZAPPA hop. The Sooth Sayer IPA is an experimental Improvisational IPA made with non-traditional IPA hops, typically used in SA.

To produce our mystical brew a soothsayer was needed. To conjure together the IPA brew a cauldron of 9 Grains and 9 Hop additions were combined to create a dark amber wild IPA. Some even say that 9 is the perfect mystical number. As if the Soothsayer knew that Frank Zappa himself would smile down on this brew. A Soothsayer IPA is what we got!

The grains chosen was done so for their contribution to mouthfeel, colour and flavour. Some were chosen specifically to counter others on flavour. The Grains produce a medium to full body and a dark amber colour without it being roasty or caramel rich in nature. This combination of grains produced a deep amber mystical African sunset in a glass. It is not sweet nor overly dry. The 2 x 500L batches took 9 hours to complete producing 900L of haunting IPA.

They are Zythos, Ahtanum Cryo, Sabro and ZAPPA. The additions were strategically done to fulfil 3 requirements Hot side bittering, hot side aroma and Cold side aroma. The combination is a dark and Brooding hop character with mainly 3 elements

Ending with a final note of pithy grape fruit
Overall an intense, funky and odoriferous hop aroma and smooth lingering bitterness.
We hope our beer in your glass takes you on a 360 degrees journey of a visual, aroma and flavour appreciation and back again for the next sip.
BUY NOW